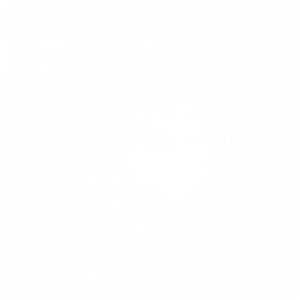 Raisuli Oimar Tancredi Valvo was born in Rome in 1980 from parents both architects and art history professors. From an early age he shows a strong propensity for literary, pictorial and music disciplines. Till 1993 he lives in Italy undertaking the study of Latin and ancient Greek at the classical high school. In 1994 he lives for a short period in Central Africa where he is a guest in the residence of the Italian Embassy in Conakry (Guinea), also visiting Sierra Leone. He is particularly struck by this experience for the extreme poverty of the local population, for the shortage of means of subsistence, for the health risk and for the general political instability of the country which sees it subject to numerous civil unrest due to clashes between the government and gangs of anti-government guerillas. Shortly after his return to Italy the Embassy itself will in fact be permanently closed due to the excessive security risk and re-inaugurated only in 2018. In 1998 he completes his classical studies first in the ranking in his high school and with the highest marks and honors. In the same year he will be awarded for this result with a plaque conferred by the then President of the Italian Republic Carlo Azeglio Ciampi and by the then mayor of the capital Francesco Rutelli. In 1999 he is admitted first in the ranking to the most important conservatory of music in Rome: the National Academy of Music of Santa Cecilia, where he studies experimental musical composition and composes musical works performed orchestrally. In the same year he starts his university studies. This date, however, marks the beginning of a rather turbulent period. In fact, despite being admitted to the Faculty of Art, Music and Performing Arts in Rome and passing the exams with full marks, he decides to detach himself from university courses. Disappointed by the academic context and by teaching methodologies that he perceives as completely separated from the authentic world of art, he opposes a clear refusal to the empty academic content by starting an independent training course. In 2007 he decided to move to Taipei (Taiwan) where he will remain until 2009. Here he deepens his knowledge of Asian culture and oriental art. In 2010, thanks to his numerous experiences, he is called to work at the Monumental Complex of the Vittoriano – Altare della Patria (Altar of the Fatherland) (Rome), the most important monument in Italy, the symbol of national unity as well as institutional seat. Here he works till 2015 on the organization of over thirty-six major exhibitions of art held under the Patronage of the President of the Italian Republic including Vincent van Gogh (October 8, 2010 – February 6, 2011), Salvator Dalí (March 9, 2012 – July 1, 2012), Tamara de Lempicka (March 11, 2011 – July 10, 2011), Renato Guttuso (October 12, 2012 – February 10, 2013) and Piet Mondrian (October 8, 2011 – January 29, 2012). These aspects, together with the previous experiences of life in Central Africa and in the Far East, will naturally have a strong influence on his literary, musical and pictorial artistic production. From 2016 onwards he intensifies his pictorial and symphonic production (a production constantly active since 2004) by creating an atelier and a recording studio. In 2018 he publishes the music album Prelude. In 2021 he publishes the essay The movement of butterflies, a philosophical text with strongly political implications in which he overturns all the basic concepts of everyday life on a global level and analyzes in detail the theme of contact with more advanced societies. In the same year he also publishes the art book From Aeshma Daeva to Kathrina – Portrait of an artist in 21 paintings, a critical-stylistic analysis relating to a selection of his early pictorial works. These publications are followed in 2022 by the novel Yōko · Floodings of a stormy river. He is currently active in pictorial production at his atelier in Rome.

Valvo is the forerunner and spokesman of a current defined by the artist himself as Reconstructivism. This pictorial conception was born in reaction to the generically abstract drifts of a contemporary type, opposing them in an organic and chronologically consequential way. The reconstructivist concept states that currently the figure, as present in nature, no longer represents a real substrate from which one simply abstracts but an element close to the most complete abandonment. A figure now “disintegrated”, “molecularized”, “atomized”, “shadow of itself”. On the basis of this awareness, Reconstructivism underlines the profound need for the gradual recovery of the figure itself not by means of a mere relegation to a sterile and arid figurativism but, on the contrary, by means of a mammoth intellectual effort aimed at reconstituting the figurative element as delivered and inherited from history. “The weight of the past cannot be ignored. Likewise, pictorial expression is a flow that springs from within. Nonetheless, it is not conceivable to abstract oneself from nothing but only from reality, from nature, since it is from it that, first of all, the original visual experience is acquired which opens the process to any unconscious internal elaboration.” The reconstructivist action is therefore projected forward, feels the imminent risk of expressive annihilation and loudly affirms the need to coherently reconstruct an indispensable contact with the real context, a bridge between oneself and nature. “We are not pixels, points or luminous spheres but physical elements belonging to a bio-functional and concrete whole. It is absolutely necessary not to give in to the temptation to reduce the representation to an empty and desolate echo of the modern technological world and its fashions. On the contrary, it is appropriate to reconstruct and reassemble the foundation of real visual experience as an irreplaceable source of every elaboration and intimate construct. Such an action is the conditio sine qua non (indispensable condition) that paves the way for any kind of next step needed to proceed further.”